Meeting My Fellow Anantya (open to all) (lock Pls)

Apollyon returned to where he arrived, Fresh from feeding he felt his body hum with strength.he walked to his car and took the few bags he had taken with him, The rest would come in a week or two, when he worked out where he would hang his hat and other shit like that. He made his way to the Cathedral, Though never a religious man, he always had a love for cathedrals. The Architecture, the beautiful stained glass windows. If he was a God, he would take great pleasure in his creations' inspiration for creating such beauty. it would almost overshadow the horrible acts they've commited in God's name.Apollyon dropped his bags next to the furthest pew and made his way to the center. He looked to and fro taking in the beauty that was this place. He made his way to the pipe organ and took a seat. After cracking his wrists and stretching his fingers he began to play A piece Written by Johan Sebastian Bach, called "Toccata and Fugue in D minor" He smiled at his rustiness, he hadn't played piano or anything associated with a keyboard layout in some time, but After a few measures he shook off the old chains of rust and closed his eyes and his fingers ran down the organ with complete and unconscious accuracy. He thought of Aishe.What were the chances he would ever meet someone that bore the exact resemblance of his long forgotten sister? What purpose did that chance encounter serve? Did Fate Will him to move to Nachton to help her in her life? Or was it her that was supposed to be in his life? Thoughts of uncertainty were in his head as there were stars in the bare night sky. He didn't know what to think anymore, Being alive for over fifteen hundred years. He thought vampirism held the Answers for everything that plagued him when he was a younger man. However now every day he lived was just added another bit of confusion,fear, and uncertainty in his mind. He focused on his playing. His cares and thoughts dissipated as a plume of smoke would as it shoots further into the atmosphere. 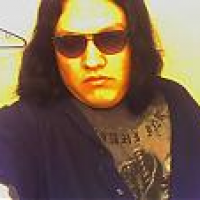 Apollyon 16 years ago
Apollyon's hands lifted from the organ as his took a look at his watch, It was a little too late for his liking. 2 hours had past since he first entered, he thought certainly he would have bumped into someone. "Ah, well" he shrugged it off, as he rose to his feet. he walked out of the cathedral and hopped into his car, the horizon was a dark blue, but one could see the rays of the run gaining strength, they would penetrate the cover of darkness very soon. He Drove off, and found a motel on the strip to spend the approaching daytime hours.