The Embraer Lineage 1000 cruised along smoothly at just under 40,000 feet. Other than the two human flight staff the large liner had only three occupants on its long flight from London to Nachton. Inside the private cabin, the blonde lay on her back, staring at the ceiling silently. Hands folded to rest at her slender waist, long legs clad in a soft second skin of faded black denim with her ankles crossed. The heavy black smartwatch at her wrist vibrated and broke her concentration. Golden eyes flicked down as she lifted her arm and read the status update from the captain. With a soft sigh, she plucked out one earbud and the haunting orchestral notes of Tchaikovsky's Waltz from The Sleeping Beauty Ballet filling the small cabin. She rose in a single fluid motion, swinging her legs over and down as she sat up. At almost six feet tall she was still comfortable and able to stretch languidly thanks to the jet's extra tall ceiling height. It took only seconds to slip her feet into the recently discarded black leather combat boots from Chanel there beside the bed. With their subtle pearl accents, they walked the fine line of rough and elegant like their wearer.

Exiting the cabin she walked into the TV area and paused to eye her cousin. The petite redhead was slouched back and busy balancing a small throwing dagger on the tip of her finger while watching one of the original Evil Dead movies for what must be the millionth time. Pale blue eyes flicked over to the blonde and she nodded when the blonde held up a hand indicating 5 minutes before their approach.

Continuing on through the plane she sat down in one of the seats to get comfortable and stared over at the last occupant. A brunette version of the redhead she'd just passed, this cousin sat staring out the window as she twirled the platinum band on her ring finger. With a soft sigh, blonde brows drew together as she studied the shorter woman.

Chandra DeEspionne 1 month ago
Icy blue eyes glared at the screen in annoyance before she sat up with a loud huff. The steel-boned leather corset instantly stopped biting into her sides when she resumed a more vertical angle and she resisted the urge to pout. Clicking off the movie she shoved the remote in between the couch cushions and stood with a stretch. The soft tinkle and clank of the rows of buckles running up her black PVC boots from ankle to mid-thigh were the only sound she made as she walked up and threw herself down into a chair across from the blonde. Following her line of sight, she too stared at her twin for a long moment before pressing one of the thick rubber soles against her cousin's chair to shake it for her attention. Once she had it she just shook her head, sending wavy waist-length red locks spilling everywhere over her jacked-up cleavage as she signaled the taller woman to just leave it be. Yeah, it was obvious the woman had sat there pretty much the entire flight staring out that window while lost in her own thoughts. But - that was her prerogative.

She jerked and glowered as a large black tomcat leaped up onto the back of her chair and used her shoulder as a stepping stone to leap down onto her knee then spring across to the seat holding an open cat carrier the blonde was now leaning over to secure. Scrambling behind him mewing loudly was a second smaller feline with a silvery gray coat. The two hissed at one another before the blonde growled softly and they both disappeared into their travel carrier silently. A soft ding went through the cabin and she reached down to secure the seat's lapbelt into place with a click. Through the open windows she could see a city spread out below them now, lights dancing in the summer night air. 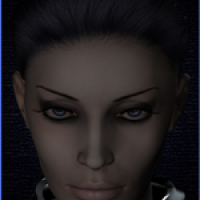 Celeste 1 month ago
When the chime sounded the brunette sighed softly and her eyes shifted to her watch. Almost an extra hour, thanks to the winds they'd flown into. Still, the nine-plus hours had passed in a blink. She looked out the window at the landscape below. Definitely different from London. Or Paris. Or even Prague before that. This was their final destination - for now. The string of visits to square away final details, transfer properties, and get all of the businesses' details passed on to their new local handler had filled the last few months and helped the time pass. But now this was where they'd been directed to settle - which was fine by her, she needed to be anywhere but New Orleans.

Behind her, she heard her cousin and sister settling in for a landing. Reaching down to secure her own belt she realized it had never been undone since take off. She let her hand drop down into her lap, the other lowering to lay along the arm of the chair. Her foot began to tap in agitation, sending the metal tips of her knee-high combat boots' laces thwapping. Smoothing down the hem of the black slip dress she wore for no real reason she resisted the urge to touch her ring again.

"Final approach," the pilot said smoothly over the intercom as the plane rolled gently into position. The pair behind her shifted in their seats some and the brunette turned to look over her shoulder at them. Their eyes all met... with jaws clenched and subtle nods given they prepared for landing and whatever this latest chapter would bring them. 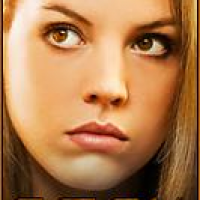 Amberelle DeEspionne 3 weeks ago
Walking down the steps, the youngest DeEspionne looked around and spied the waiting limo parked several yards away. Next to it was a large black cargo van. She shifted the strap for the cat carrier slung over one shoulder and tried to balance it with the large black leather Chanel tote bag she'd slipped over the opposite one. However, the felines inside were busy moving about as they jockeyed for a way to look out at the new space so it was a constant balancing act. The wind gusted and sent her long blonde hair flying wildly around her head, so she shook it to shift it out of her face. The plane's other occupants were filing out behind her as she turned towards the vehicles. Each of them knew their roles well after months of traveling together.

The driver's door opened and for a second she faltered, wondering if it would be Roger. She still remembered him well from her previous time here in Nachton. But this was a different figure who emerged. Taller, broader in build with a pleasant smile. She chided herself. It had been over a decade. Of course the human had probably either moved on or up in responsibility. He swooped in to open the driverside rear door for her and greeted her warmly.

Amber-colored eyes swept him up and down and she gave him a slight smile and nod. Leaning into the passenger space she secured the carrier and her handbag then straightened. Straightening she tugged her clingy black t-shirt back into place and retucked it securely. Without a word still, she turned to walk to the van where the driver was opening the large side slide door as the terminal staff wheeled over the first load of large steamer trunks. A black checkered print, one checked in a rich brown, and then a third with cream and brown monogrammed canvas. The sturdy luggage was elegant in its luxury but took two grown men to hoist each as they groaned under the weight of the items packed within. The blonde smirked faintly. Silks and shoes weren't nearly as heavy as the weaponry and armaments the trio also traveled with. A second load followed and only once everything was secured in the back of the van did she spin on her heel smartly and return to the limo.