You Won't Feel A Thing (Invite only)

Those words, spoken by someone who wasn't Eiryk, miraculously seemed to work. Even though his friend was hidden behind a surgical gown, hat, gloves, and mask, Alexander could see Rowan's hazy green-grey ocean-colored eyes quite clearly. The little lines around them deepened, and he knew his friend was smiling even though he couldn't make out the expression with his face covered.

Rowan would not be performing any part of the surgery to remove the growth from his knee, but Alex had requested his presence and he had agreed instantly, making sure the hospital staff would permit it - whether they did so naturally or Rowan 'helped' the process along, Alexander didn't care. He knew he wouldn't be able to have Eiryk in here with him but Rowan was an acceptable substitute.

The presence of a friend was comforting. A wave of peace swept over him, masking even the fact that he hadn't had any of Eiryk's blood in over a day. Alex knew he was more than halfway addicted to the stuff, but it had gotten him through several rough patches in the week leading up to this surgery. Alex locked his eyes onto Rowan's, and Rowan winked at him. He looked calm, confident. He did this all the time. He had hundreds of years of experience as a doctor. Who else could say that about anyone in this field? Even if Rowan wasn't doing the actual cutting, Alex had no doubts if he was needed he would step in.

[We will be here when you wake up.]

He had more than two friends here. Eiryk was in the waiting room with Aishe, Kem, Cris, and Alfarinn. It was Cris's voice he heard in his head, and he was just not-loopy enough to respond.

Alex was already halfway asleep thanks to a pre-operative sedative. A little wave of panic hit him and was very quickly quelled. He knew it, then, that Rowan had something to do with that. He was, all at once, irritated and absurdly grateful. A strange combination of effects.

He was scared, but there was a blanket of safety covering it, like the fear was a lifetime away. Still there, but not close enough for him to feel it.

Woah. The room wavered in front of him. He closed his eyes. Felt good. Peaceful. If he was going to die, it wasn't terrifying.

The second sending from Cris made Alex's eyes snap open, just for a moment, and he giggled.

He never got past half-seven.

Alex Aristos 8 years ago
Alex enjoyed talking to Cris, but in this case he simply couldn't stay awake especially as the room quieted down. [Wish I could do that,] he sent to Cris. He let his eyes drift closed for what felt like the fiftieth time in a few minutes and this time they stayed.

The voices in the room were so much softer now; they hadn't been loud before but with fewer of them his mind drifted. He knew who remained. Eiryk was there, and Rowan and Cris. Arguably the three most important people in his life. He was safe. Rowan the doctor, Cris the security chief, and of course Eiryk, who seemed to guard everything that was 'Alex' with fierce passion.

He gave the tiniest of little sighs and smiled at the warmth that permeated his entire body from the blankets. Yeah, he could totally sleep like this.

((ooc: Alex out in several ways. Of the closet, like a light, but not actually out of the thread yet.)) 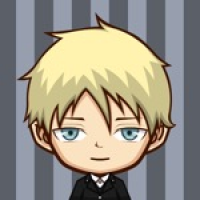 Christian Bern 8 years ago
Cris wisely kept his mental mouth shut about ways in which Alex might possibly be able to send. They were hopefully coming toward the end of this particular health scare and Alex would make his way toward healthy again. That left the whole of Evenhet plenty of time to convince the man that he wanted to be a more permanent fixture in the clan. And if Alex still said no then at least they would have him around for a while, hopefully a long healthy human while. Maybe Alfarinn and ninety year old Alex could have those wheel chair races in Evenhet's lobby.

Rowan turned around and hugged him close. Cris smiled and wrapped his arms around his husband. [I love you, Emory.] The name still took some getting used to and still sounded strange when directed toward his redhead. To him, Rowan was Rowan and eventually Rowan would have other names but the name Rowan would still have a special place in his heart. Maybe Rowan would choose Emory next and try that one on as his every day name for a while. For now it was a secret name for only a select few to know.

Eiryk was being stubborn about the sleeping. Cris stayed out of that fight too. Rowan had far better ground to stand on. Long time friend, doctor and fellow heavy sleeper added up to incredibly potent street cred. He would back up Rowan's argument for sleep if necessary or quietly offer to use a tranquilizer gun if it came to it.

((OOC: Cris not out necessarily but if a good stopping place presents itself then feel free to out him along with Rowan and whoever else might also be outing at the same time. )) 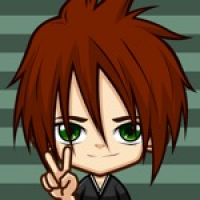 Rowan Murphy 8 years ago
Rowan's heart ground to a halt, doing a little stutter before resuming its normal slow pace when Cris called him Emory. The name didn't invoke any memory for him; it wasn't even like he felt a shadow of a hint of a past connection. But the fact that it was a piece of him from so long ago, and that Cris used it now, made him indescribably happy. One of his biggest fears was his past, and knowing that Cris associated his birth name with the man he was now made him feel like whatever that past had been, he could truly make a new 'Emory' now. He wasn't ready to let the world know what his name was and he might never be. Maybe it was something that would stay between the two of them. That idea had a lot of appeal.

[Love you too, husband. So much. Going to show you how much as soon as we get home.]

It was accompanied by a little wave of desire, just a preview of what was in store. Rowan fully intended to demonstrate his very physical affection for his new husband when they reached their home later on. It was the least he could do for the man who loved him enough to change everything he was to make it work between them.

Speaking of everything he was, Rowan made a grimace of distaste as Eiryk reacted just the way he'd expected at the suggestion he get some sleep. Rowan hated confrontation. He met most disagreements with humor and would far rather laugh than fight. He was also a patient man in general, but tonight had been very long and everyone was tired. Perhaps that was why he reacted the way he did to Eiryk's stubbornness.

"Eiryk," he said, his voice firm and slightly irritated - a tone almost never heard from him. "Alex isn't going to wake up for hours. Trust me, he's going to sleep like he's in a coma. Cris and I are here now, and you had best take advantage of us because we are going back home before dawn."

He squeezed Cris's hand in his own, whether to emphasize his words or draw support from him, or maybe both, he didn't know. "No one's suggesting you leave. Just put your stubborn blond head down on that bed, close your eyes, and take a nap. We'll watch out for you both. And you'll be fresh enough that you won't have to worry about falling asleep during the day when none of us are here to run interference."

It was never too early for the guilt card either. "Think about Alex right now. He's going to need you during the day. He doesn't need you to do anything for him right this moment. When he wakes up he's going to start hurting, and you've got to keep him busy and entertained. Keep his mind off of it. Play cards, download something fun onto his Kindle, read him book. You can't do any of that if you're falling over tired and I know it's been more than twenty-four hours since you slept."

He huffed a short sigh at his friend. "Now go to sleep." Rowan ground out the last four words, staring hard at Eiryk. Sometimes his friend truly had his head up his ass when it came to Alex. How pushing himself to stay awake through the night when Alex was out like a light was helpful to either of them, Rowan didn't know. If Eiryk wouldn't sleep, then in spite of his words to the contrary, Rowan would feel obligated to remain through the day with him to make sure he stayed awake or slept without fear, which would annoy Rowan on several levels. Not only had he not had any sleep either, but then he'd be missing out on sleeping with his husband in their very comfortable bed and damn it, he was a husband himself now, too. He had obligations beyond taking care of the world and he'd be damned if he failed on those the very first month of his marriage.

And Eiryk needed to learn, too, affianced as he was, that the world didn't revolve around him. If he wanted to be strong for Alex, that meant sometimes letting someone else carry the load while Eiryk recuperated enough to be able to pick it back up again.

Eiryk 8 years ago
Eiryk set his jaw and was more than ready for a fight. A few hours sleep was a small price for Alex. If his partner needed him to walk out into the sun or live with avocado green shag carpet for the rest of his life Eiryk would do that. Right now he was so afraid of loosing Alex that he'd rather loose the sleep and watch over every breath. Once they got Alex home he'd breath a little but the hospital scared him
It was something wrong waiting to happen.

If Rue, who he loved dearly, couldn't see that Eiryk would be quite happy to make him see his point of view. He was tired, scared and cranky and a bit less jovial than usual.

Fortunately, Eiryk didn't immediately blow up and yell and shout when he lost his temper he tended toward a slow boil which meant that he heard Rowan out. He looked puzzled at the red head who was very probably his oldest friend.

"You're not throwing me out?"

Eiryk had never asked that question. He'd just assumed that he wouldn't be able to stay, visiting hours and all that. If he wasn't being chased out there wasn't much reason to argue. Granted Rue had given him a whole new set of worries but ones they could deal with once Alex woke up.

He sighed and looked a little deflated but nodded.

"A little nap would be good."

Eiryk let go of Alex's hand for just a second and crossed to Rowan kissing his friend on the forehead.

That was the end of the argument though. Eiryk just found a way to make himself comfortable with Alex that didn't hamper the tubes and IVs and monitors and whatever else and obediently closed his eyes to go to sleep.