Nightlife / Long Distance in the Long Bar / Valentine 9 years ago

Long Distance in the Long Bar

It was late, very late, nearly closing for The Long Bar and on a Tuesday, so the place was nearly deserted. There were no musicians at this point and no one had bothered to put any money in the ancient unused jukebox. Stupid thing only played vinyl it was that old and it had an odd mix of what had been popular at the time it was made and traditional Irish pieces, all of them played with charming cracks and scratches but for the most part the thing just gathered dust. It made the pub a very quiet place, which wasn't an unwelcome turn of events right now.

Val sat in the back of the nearly deserted pub nursing a whiskey with a cell phone pressed to her ear. There was only one bartender, Patrick, and a handful of regulars, a very good thing since she was in a foul mood, if you walked by at just the right time you could probably hear her teeth grinding even though she managed to keep her voice down, mostly.

There was a pause.

"I get that you have him under control. But what the bloody hell doesn't that even mean?â€

She irritably tapped her foot, opened her mouth to say something and then took a drink of the whiskey instead. It was one of the few times drinking had ever made Val shut up.

"No as a matter of fact that -isn't- good enough for me Giovanni. You send me on a scavenger hunt, saddle me with a nut bag familiar, and sic a crazy man on me. Not to mention the guy I'm screwing winds up in the hospital... -twice- and I don't even know why! Not to mention I have no guarantee he isn't going to be attacked again.â€

After the mess with Julian, and exchanging him for 'Brosco', Val probably owed Jan and the Russian quite a favor for their help and she hadn't made good on that, but seriously what did you do, send a thank you note? Once they had that done though Giovanni had swooped in, not personally of course, and taken Brosco back to Breda and snagged Asa. Right off the street.

He made it look so stupidly easy that Val was about ready to spit nails. Never mind that he'd had six vampires do a smash and grab job, what mattered to her was it made her look bad. Beyond bad, incompetent. Val was furious. She was still in the dark and felt she had unfinished business.

What Giovanni said next made her snap. She started shouting and swearing in both English and Gaelic, it was enough to get the few regulars to turn around and look at her. When she noticed them Val made herself lower her voice, not calm down, but lower her voice. 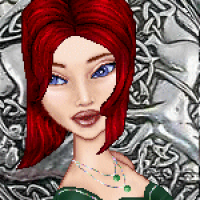 Valentine 9 years ago
The response from the other end of the line was beyond firm, it was down right harsh, it was also loud enough to make the bar tender, who was passing by, stop and look over at her. He mouthed the question 'Alright?' Val tried to smile, but failed, she only nodded that everything was fine. It was a lie and a half but she was going to fake it.

As Giovanni lit into her Val was forcibly reminded that he was older than Asa, had been part of 'the family' from nearly, if not the very, beginning, that he could probably break her in half with a sneeze. In short she should probably be handling this with a bit more respect and tact, but she was furious and couldn't seem to remember those things. At least she didn't shout, not this time.

"You've got him. Great. But do you have the other two?"

Val about threw her whiskey when he asked 'what other two?'

"Did you do any research into this? Seriously Giovanni he had at least one other vampire, probably two." Taking a deep breath and a long swallow Val added, "At least."

Given the silence on the other end of the line she had just dropped new information in her creator's lap. This was why you kept people in the loop.

She was worried about him. This wasn't like Giovanni. It had been a random and desperate move and now he still didn't know what was going on.

"I'm telling you he had at least two other vampires with him and two humans. I'm betting there are more somewhere in the wood work. Whatever he's doing he's not working solo, there is a network here."

Val didn't have any solid facts to back that up, just a few rumors she'd been able to dig up. She was going to have to spend more time on this. If Asa was at the top his little minions would probably go after Giovanni, hopefully they'd leave Julian and herself be, but Giovanni was a sitting duck. If Asa wasn't the top of the pyramid, saints help Giovanni, lord only knew what kind of a shit storm was coming.

Valentine 9 years ago
It was positively unfair the way he was chewing her out, Val started grinding her teeth, but did manager to bite her tongue. This wasn't, or at least it hadn't been her problem. And now he was questioning her abilities and loyalty.

Although she stopped shouting her was no more understanding or open minding. Her voice was lower, something people in the bar didn't need to hear, but Giovanni did.

"God damned it. You know I'm still family and you -fucking- well know who's side I'm on, but I'm starting to wonder about you."

He must have still been distracted by the idea that Asa wasn't working alone because he didn't shout at her or tell her off further. Val spun her ring around as she thought about that for a second, it couldn't be a good thing. He just muttered something in a language she didn't speak making Val frown.

"Giovanni..." Val's voice was low, tender, sweet, much as it had been during intimate moments when they had still been lovers. "I'm worried about you."

About her as well, about Julian too, he was still going to be the weakest link in this chain, a chain he didn't even know he was part of. Val didn't know how to bring it up to him either, she couldn't imagine he'd even pick up the phone if she called. To a lesser degree she was worried about Jan and his Russian friend, Asa's crew would know they were involved and probably want payback.

Although, even as she listened to Giovanni tell her he was fine and there was nothing to worry about, Val started to think maybe Jan and Evgeni could relay some of this information to Julian. Maybe they'd even be willing to keep half an eye on the violinist. As much as Val wanted to walk away from this, say it was over and that was it, she couldn't. She was in too deep.

Not that she was at -all- convinced not in the slightest. But they weren't getting any where by shouting at each other and he was too far away for her to wrap her hands around his throat.

"You owe me on this one though. Big and don't think I won't be calling in those favors."

The use of the plural was quite deliberate. Val wasn't going to be easily bought off on this one. In the mean time she was also going to have to do some digging about the other vampire and humans. She had to know more. She was starting to doubt that Giovanni even knew what all this was about and it had to be resolved, at least enough that she and the others here in Nachton were safe or considered out of the game.

Even though she'd more or less threatened him, demanded payment Giovanni chuckled, it was a warm rich sounds, like melted chocolate and even though she was angry Val smiled.

"That's my girl. I love my Valentine."

With that he clicked off leaving Val alone in the Long Bar with an empty whiskey and more questions than answers. She wondered if Jan was still speaking to her of if he, like Evgeni, seemed to be holding her responsible for this. Maybe she wouldn't need any more help, maybe she could finish this on her own, but she doubted it.