I Need a Hero (invite only)

Ysabel finished her tour and closed up the last of the historical buildings they'd been inside. There were different tours to give here in Nachton and she loved her job, loved the old buildings with their history and their stories. They never lacked for a group. Nachton drew plenty of tourists and a lot of them liked to walk through the old buildings and see the narrow, steep staircases, the floors warped with age, the vintage furniture.

As she locked the door she hummed softly to herself. Gathering her skirts she turned to leave and came face to face with a slight, skinny teenage boy wearing all black. Tight black jeans, oversized black sneakers, a black hoodie that had to be warm. It was only August, after all. He looked at her from a pale hooded face with black-rimmed eyes. She recognized him as the would-be purse thief from last week.

"Kenny," she said. She dropped a tiny little curtsey and added, "Enchante."

The boy stared up at her for a long minute while Ysabel waited patiently. He was, after all, blocking the narrow staircase. When he didn't speak she nudge him, her tone gentle. "Can I help you?"

Finally he blurted out, "How did you get your super powers?"

Ysabel blinked at him.

When she realized what he was referring to, in spite being told the opposite, Ysabel huffed a soft sigh. She lifted a hand and waved him aside. After a second he realized he was in her path and moved away.

"As I told you before, I don't have super powers. None that you can have, at any rate."

The boy's eyes opened wide. "Why not? I'll do anything. Do I have to get bitten by a spider? Fall into radioactive goop? Come on, I have to know. I want to be like you."

Ysabel looked down at herself, her elaborate gown, her gloved hands, and then back up at Kenny, raising an eyebrow. He had the good grace to cough and shuffle his feet.

Ysabel walked down the stairs, her slippered feet making very little noise, and came to stand in front of Kenny. He was taller than she was, but only by an inch or so. Ironically, he backed up a step when the petite vampire looked up at him. 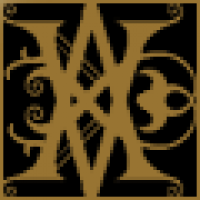 Ysabel 9 years ago
Ysabel watched as Kenny's face fell. She wasn't trying to hurt his feelings, but the life of a vampire was not for everyone. Nor was it even for most people. Or even a substantial portion of the population. The fact that Kenny simply thought he had met super heroes was a concern. Ysabel wasn't a big fan of irresponsible turning. She was not about to initiate this boy into the world of her kind for any reason, least of all that he was bored and needed a hobby.

"So... I mean... I just wanted to know," Kenny said, looking mournful from out of his oversized black hood.

Ysabel smiled kindly at him. "Some things are not meant for you to know," she said. "It could be dangerous for you."

He puffed out his scrawny chest. "I'm okay with that. I want to be someone! Different or special or something!"

Ysabel sighed and turned to walk down the street. After a moment she glanced over her shoulder. Kenny stood there looking somewhat forlorn. Ysabel didn't want to leave him by himself in the dark. She nodded her head and he ran to catch her, almost puppy-like in his enthusiasm.

"You don't need to be what I am to be different or special," Ysabel said.

The boy next to her sulked, and Ysabel thought he did, indeed, resemble every other teenage boy she'd ever known, whether in this century or in centuries past. She hid a smile as he glowered balefully at her.

"No one cares about me," he said, attempting a guilt trip. "You're just like everyone else."

Ysabel raised an eyebrow at him. "I hardly know you," she pointed out. "In fact, I can safely say I do not know you at all. If you want caring, go home to your friends and your parents."

"My parents are dead."

"Yeah everyone says that."

"Mine are also dead." Ysabel smiled serenely at the boy. "It is a difficult burden to bear."

Kenny blinked at her as they walked. "Who talks like that?"

Ysabel glanced at him, smiled again, and lifted her shoulder. She didn't know whether or not to believe his claim that his parents weren't alive but either way she wasn't falling for the guilt trip.

"Maybe you should join the Peace Corps," she suggested. "They change the world."

The look of disgust he gave her was well worth it.

Ysabel 9 years ago
Ysabel let Kenny tag along with her for several more blocks, until they were in a far more public area with more people around. She stopped there, still in the shadows.

"I need to go now," she said. "I cannot spend more time with you. If you're wise, you will go home and not try to follow me again."

Kenny looked at her miserably. She felt a little guilty, sure, but she had taken in one child already. This boy didn't have the desperate air of need Marie had. He was skinny, yes, but he did look well-fed. And his clothing was of quality even though he deliberately tried to appear dark and grungy. That seemed to be the fashion. Clearly someone looked after this boy though.

"We all have to do things we don't want to," Ysabel said, trying to let him down gently. "That is life. Go to school. Become a doctor. Or a lawyer. Just be yourself."

Kenny finally turned away, kicking at a rock with his shoe. "Easy for you to say. You have super powers."

Ysabel ignored him, for his words had been very soft and she was pretty sure he hadn't intended them to be heard. Best not to compound the situation by demonstrating her superior senses to the boy as well. "Good luck," she said.

She stepped back into the shadows of the side street and faded away. Kenny turned around once, but she knew he couldn't see her. She followed him for a while until he reached an apartment building in a charming, upper-middleclass neighborhood. He opened the door and she peeked in, seeing an elderly woman stand up from a recliner to welcome him home. He address her as grandma as he closed the door.

Satisfied that he was taken care of, Ysabel floated home, thoughtful. Perhaps he hadn't lied about losing his parents. That could be difficult on a child of any age, particularly when one was dealing with all the emotional ups and downs of adolescence already. She wasn't going to take another child familiar or turn a young boy. But maybe she could help him through it, anyhow. It was worth considering; Ysabel wasn't a cruel woman. Just because this boy didn't fit in with their society now, didn't mean she couldn't help him grow up. Who knew, perhaps later on in life he might.