Simon Huntington is your supreme Leader, not that he'd call himself that, but Leader he is. It didn't always used to be that way. In fact, coining the phrase, 'Times have changed' doesn't quite grasp it.

Not by a long shot.

Tacharan was created over two hundred years ago by an Evenhet vampire, Wilhem Darius. Actually, that's not completely true. Wilhelm Darius died 1164 B.C. It was one Sokkwi Odjit that was responsible for his murder and ultimately took his master's name. It was this man that created Tacharan and died a sanctioned death by his ancient peers in 1823. There were minor leaders after Darius' death, but none that ascended to such gloriously deviant heights as one Ellis Duban.

In the late twentieth century, Ellis Duban assumed control of her creator's clan. Known as orphans in the vampire nation, Tacharan has remained unrecognized its entire existence, despite developing its own abilities and flaws, and becoming the city's go-to in assassinations.

Ellis created her own private army known as 'Mercs', each trained in martial arts, computer technology, and excelled as the Clan's henchmen. It was the Mercs that enabled Ellis to hunt her own kind for profit.

Along with the Clan's nefarious side was its legitimate business front, Duibne Industries. Created and run by her companion Simon Huntington's direct descendants. A multi-billion medical facility and corporation responsible for medical advancements in vampire and human kind, and the creation of illegal substances such as Eternity, the (almost) priceless drug created by the inferior and clanless vampire blood harvested by the Mercs of Tacharan.

It was a profitable and symbiotic relationship and Ellis saw to it until her alleged death during the winter of 2005. Duibne Industries and Tacharan then fell into the hands of her life long shadow and murderer, Simon Huntington.

The Leader had his reasons.

It was during the ill fated Hillman compound raid that Ellis disappeared and was presumed dead. The Leader had seen her drop into the fire pit of the carbon copy Domicile compound created by, as it would come out, her co-conspirator Terrance Hillman. It was Ellis that gave him the plans to the Domicile and facilitated a deal to begin harvesting older vampires for a more potent Eternity drug. Betraying her clan, and some say her companion in letting the CEO of Duibne Industries (Simon's great grandson) languish and eventually almost die that pushed our illustrious Leader into doing the unthinkable: killing your creator.

Time marched on, as it always did unflinchingly in a vampire's life, and in the Spring of 2006, ironically on the first day of Spring, Ellis Duban pulled herself out of her tomb, beneath the rubble of Hillman's compound, and began to plot her revenge and eventual retaking of Tacharan.

But times had changed and quite possibly so had Ellis Duban.

During the winter of 2009, the exiled Duban and current Leader would reunite, but under extreme circumstances. In the fall of 2006, Nachton proper saw the infestation of another superhuman species.

Simon looked over at Vivienne and shrugged. "What? You don't like it so far?"

Shrugging, Simon grinned. "Well you werewolves are like bed bugs. You get into every nook and cranny."

Simon looked at his visiting dignitary from Pack Kadzait. Vivienne Sena, brown in all her untouchable deliciousness, looked put out by his description, even though they had come into Nachton, infesting it with their presence. She sat unhappily with her long brown hair pulled over her right shoulder in a low ponytail; almond shaped golden brown eyes and skin, she represented the best of her kind. At least, that's what he thought.

"Listen, if you're not going to tell it right, then I'm leaving."

"You know what, wait. Why don't you let someone else tell it."

"Who? You? You're not even part of this clan. Why are you even here?"

Vivienne shrugged. "Nothing is blowing up right now. I'm bored."

"Right, so in the fall of 2006, Nachton finally got its coming uppings."

"Did you just say 'coming uppings'?" 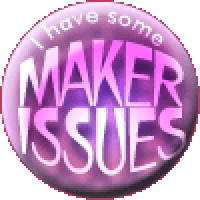 Simon Huntington 10 years ago
In 2006 Nachton was inundated by their unknown nemesis, the werewolf. Two packs converged onto the city, but it is only one that holds a tentative truce with the Clan Tacharan.

It was through an unfortunate event that the Leader's descendant, Marthinus T. Steyn, was inducted into the Kadzait pack run by their Alpha, Aidan Xephier and Beta, Iov Hammerthynn.

Representing the Families Hammerthynn and Jameson, the Alpha's Pipers (or personal army) was one Vivienne Sena. The truce was this: No Kadzait wolf, specifically from the Hammerthynn or Jameson families, would instigate any type of physical altercation with any and all Tacharan clan members. The truce was forced on the werewolf families by their Alpha because of the blood memory that required blood vengeance against the Tacharan Leader and Ellis Duban.

The Leader works closely with the Piper representative, ensuring that the two species can and would coexist within city limits.

Previous CEO Marthinus T. Steyn has since left his position within Dubine Industries, leaving control to his only son, and Huntington descendant, Jacob Steyn.

Simon Huntington continues his illicit relationship with the former Leader, Ellis Duban and questionable friendship with the werewolf Vivienne Sena.

Simon rolled his eyes and snorted. "I could've done that."

"But not with the same flourish."

"Again, why are you here?" Simon stood from his chair in the Abattoir and began to shoosh Vivienne gently from her perch on his desk top.

"It's not creepy," Simon whined as he ushered her out the door of his office.

"Oh yeah - the chains with meat hooks hanging from the ceiling is very nouveau chic."

"Well I like it," Simon shrugged as he followed the short, brown werewolf out.