In Search Of A Plan

His workday had wrapped up unexpectedly early, Bao was oddly annoyed that put him off schedule. However, he didn't want to return to the manor just yet it was several hours until dawn and he didn't want to get home early. He decided to stop in the QWERTY, a place he'd heard one of his staff frequented, just to see what it was about and to formulate a plan to have some fun. It was too late for a show, he'd hunted before going into work, he was looking for options. He did -hate- wasting time. 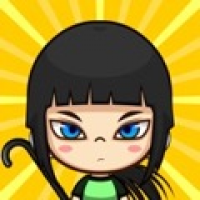 Pakpao 12 years ago
Pak had been across town presenting a systems proposal to another large company in town. She hadn’t gone out alone this time, she’d drug her second in command. He was a good guy, but totally clueless that is boss a few of his coworkers and some of the other folks who invaded Pak’s office from time to time were vampires. Pak liked it that way. She was also rather fond of him, he was a family guy and had protested about the late hour of the presentation and was now yawning in the front seat muttering about not having seen his family in two days.

Pak was driving, but his car, and basically told him to deal with it. They would get back to the office go over some notes and he could go home.

“Let it go. I’m giving you tomorrow off. Let’s get some coffee.”

It would be better if Kem could make it but lord knew what he was up to right now. Pak aggressively pulled the Lexus into the QWERTY’s parking lot drug her manager out of the passenger seat and inside.

“Hey Spaz!” She was almost a regular and took some liberties with the staff. “Coffee now would be good.”

She shoved David at the counter and he muttered an order. Pak had the coffee guy add a double shot of espresso to it before giving her own order. The spaz rang it up took her money gave her change and Pak set about trying to keep David awake.

Getting frustrated with her manager, she turned to survey the room, when she saw him. No. Not him Pak told herself. He was back in California. He was not here. He didn’t know where she was. So why couldn’t she take her eyes off this guy.

Bao 12 years ago
Bao couldn’t help but notice the small Asian typhoon dragging a half a sleep male as she stormed into the small cafÃƒÂ©. From the back, she looked respectable enough, obviously dressed for some sort of business wearing some kind of high-end suit and heels he was fairly certain defied the laws of physics. It was also obvious she was the one in charge, he almost felt sorry for the one she was dragging about.

Over all though, he was uninterested and unimpressed. Bao turned his attention back to his own business. He would have been happy enough to ignore the two of them but she huffed at the man and turned around, almost as if she was looking for something. It was then he saw the blue eyes.

Bao couldn’t believe his good fortune. He hadn’t seen her for nearly three hundred years before that night in California and now here she was again. His only failure. Perhaps he could get her back yet. Bao patiently waited for her eyes to settle on him. When they did, he politely lifted his coffee to her in a mock toast and smiled. Smiled widely flaunting his fangs. He –wanted- her to see him and to know who he was.

Pakpao 12 years ago
She saw the fangs and froze. It was him. Pak let out a string of Siamese such as David had never heard before waking him up slightly and making him look oddly at her. Pak didn’t even notice.

For a second all she could do was stand there as if frozen. Then fear took its place and she wanted to run and again lock herself inside her rooms. But Kem was right, she couldn’t live like that. Finally, anger, near rage took its place. She needed a plan and she needed it –now-. If she had been alone she probably would have tried to kill him, or at the very least make the bastard regenerate his eyes.

Suddenly though she was very aware of the humans with her. She wasn’t going to risk them. She had failed to protect that young girl in Silicone Valley she wasn’t going to fail now. In terms of fight or flight she wanted to fight but flight was really her only choice.

Pak hadn’t taken her eyes off her maker since she’d noticed him. When the spaz came back with the coffee she thrust it at David and set about shoving him out the door at a near run.

She growled in a low whisper. She couldn’t help the coffee guy but hoped removing her presence would give him some protection. If nothing else she was keeping her manager safe no matter what.

David hadn’t even finished fastening his seat belt when she jammed the car in to gear and peeled out narrowly missing on coming traffic and praying there wasn’t a cop about because she didn’t really care about the speed limit right now. What she cared about was him –not- being able to follow them. How David was able to hold on to and –not- spill the coffee and why he didn’t give notice the next day Pak would never know.

Bao 12 years ago
Her reaction was -more- than he could have hopped for, obviously he still held some power over her. Of what kind Bao wasn't sure but there was something there. He had recognized disbelief, fear and rage in her expression and each made him feel better.

Better yet, she had just confirmed her weakness, she cared for humans. She'd tried to save the prostitute and just as surly was trying to get that young man out of his path. Once she had left the building he crossed to the windows, local plates no rental decals. She lived her. This evening just got better and better. This wayward offspring had just initiated a game of hide and seek.

Bao laughed at that thought. He was certain this wasn't what Dana had meant when she'd suggested it but he was undoubtedly going to enjoy this. Having already paid for his coffee, smiling to himself he left for home, in a much more casual manner than his Siamese daughter.

(OOC... Bao pleased with himself and out))