Miya loved her job. She truly truly did. But sometimes it made her want to swear and throw things at people. What was it with customs? She was trying to import a piece from a Greek Museum, not a terrorist cell in Iraq. She read the letter over again, wondering for the sixth or seventh time that night just /why/ it had to be a letter and not an email like any other rational person would use.

"Drugs, it's got to be drugs." She muttered softly to herself. "They've got to be afraid of drug smuggling. Is Greece even known for that?" She asked herself, liking the sound of her voice after a tedious night of paperwork alone.

Something tickled the back of her mind and she shoved the papers away, pulling out her iphone and quickly and txting Delilah. It'd been a few days since she'd seen her friend.

Pulling the papers back to her, she quickly drafted a memo to the Curator and Owner, specifying what the delays were in getting this piece imported for the upcoming show. She suggested a few alternatives, two of the three having the benefit of already being in the United States on loan. It would be simplicity itself to borrow them for a few weeks.

Sitting back in her chair she looked over at the pile of paperwork she still needed to get through. Then she looked at her watch. It was almost eleven. When was the last time she'd eaten? 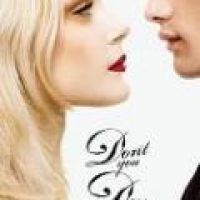 Delilah 12 years ago
Delilah slid a delicate finger under her left eye, wiping away any remaining streaming mascara smudges. Rachel McAdams froze in the throws of a screaming fit as Delilah paused the dvd to reach across the couch for her phone. A New text message had arrived and it was from Miya.

Smiling, Delilah sniffed unattractively. It had been a bit since she had really talked to Miya. Short text messages not included.

' lol. Just watching The Notebook sobbing like a school girl. Does it get any better? Sorry no pull with customs either. Are you detained somewhere?!'

Flipping the top of her LG Voyager back down, she hit resume on the movie only paying half attention waiting for Miya to answer back. She really hoped the girl wasn't locked up somewhere. That would be a real bummer, as she supossed it would become a real ugly night if that was the case. 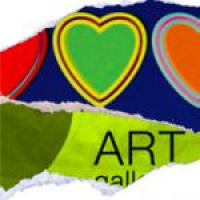 Miya 10 years ago
The phone beeped but she had made the mistake of laying her head down on her arms, the customs manifest crumpled underneath of her. Shortly snores could be heard outside of the work room, unattractive snores. She was tired and it was really late. And she dreamed.

((This should have been closed! Just a short ending to tidy up a loose end <3 ))