Kem quietly gripped the arms of the seat, doing his best not to leave dents in them. Beside him, Aishe sat with her feet tucked up underneath her, looking ridiculously comfortable as she studied a Sudoku puzzle. The plane lurched forward; he put a hole in his lip with a fang that refused to stay put. With a little hiss of pain he grabbed a kleenex from the table next to them and dabbed it over the puncture for a few seconds until it healed over. Closing his eyes, he drummed his fingers, tapped his feet, and pretty much fidgeted uncontrollably as their plane picked up speed. He couldn't look out the window, even if it had been open. The crew were familiar with his travel habits and the single attendant had closed every shade before they'd even boarded.

There had been no question of sending Aishe off to Cairo on her own. She'd offered him an out, letting him stay home to take care of the critters as well as any matters that needed to be watched over at Meridian. Kem wasn't going to take it though. Aishe was glad for his company and he wanted to be there to support her, as well as to see her parents, who had always treated him so well. He'd flown before, many times. It just never got any easier.

He'd thought he was making progress with the whole fear of heights thing. He could walk around the Towers now, and even look like he wasn't freaking out. This was sensory overload though. And the worst part was coming up... now.

As the plane lifted from the ground and they were pressed back into their seats, Kem was glad he didn't need food. Anything he'd eaten would have come right back out. The plane jumped a bit; it was windy outside.

There had to be heavy sedatives around here somewhere. 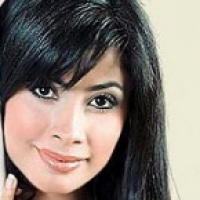 Aishe 12 years ago
Aishe was on edge for a multitude of reasons. For one, what were her parents thinking? Her mother's voice was reluctant when she told her only offspring her father had had four heart attacks since moving to Cairo nearly two years ago. It was hard for her to be truly angry but - irritated, perhaps? They didn't want her to worry. They didn't want her to pack up and come running to Cairo.

What about what Aishe wanted? Hadn't she been through this sort of situation with Kem? People were forever trying to look out for her best interests, which she didn't take for granted. Still though, she did have opinions and desires of her own and those should count for something!

Anger or irritation weren't going to help the situation any though, so instead she concentrated on her puzzle. The flight attendant, Yuna, was a pleasant, middle-aged woman who seemed to enjoy her job and had obviously met Kem before. During their brief conversation at the terminal she'd greeted him by name and he'd looked pleased to see her for the few minutes they had before boarding. While they had waited on the runway in a line of other planes, both commercial and private, Yuna had answered plenty of Aishe's questions about their plane, a Bombardier Global 5000.

Aishe had never flown in a private jet before, but she wasn't surprised to know that Meridian (and by association, Evenhet) possessed several. That Kem had used them multiple times was something she'd never known before, but it made sense. How else to transport vampires from one side of the world to another than by maintaining your own fleet of jets piloted by vampires and familiars, or human Clan members?

They were leaving Nachton at 6 am when it was still dark out and with a half hour layover at London Heathrow to refuel, they would reach Cairo at 2:30 am the following morning. Aishe appreciated having Kem along, particularly because he'd traveled before. He knew who and where to call, and had acquaintances in the Clan who still lived in Egypt. As a result, they didn't have to worry much about trying to maintain their identities as tourists or travelers. That song and dance would come when they had to arrange visits with Aishe's parents and relatives. She was still a little unsure how that would work.

In the meantime she worried simultaneously about her father, who according to her mother had had triple bypass surgery earlier that day, and Kem, who was projecting nothing short of abject terror along the bond they shared. The one, she would have to wait to see for herself that he was all right. The other though...

Turning in the spacious chair that was the equivalent of an airborne La-Z-Boy, she furrowed her brow at the distinctive smell of blood. Reaching over, she put one hand on Kem's shoulder as the plane lifted from the ground.

It was a stupid question. Of course he wasn't all right. He was terrified. But he was looking fairly zen about the entire affair, een if he had a death grip on the arms of his seat and his lips had narrowed until they were barely visible, from being pressed together so tightly. 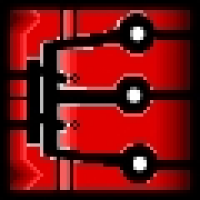 Kem`Raaisu 12 years ago
Kem had no idea how many times Aishe said his name. It wasn't until she spoke directly into his mind that he snapped out of it and turned his head to look at her. He tried to force a smile onto his face but it came out looking like a wince. It felt like it too.

"I'll be fine," he said, sounding a lot better than he felt. "I've done this before."

That much was true at least. He had more frequent flyer miles than he cared to ponder.

In the meantime, they reached a cruising altitude and the plane leveld off. Kem sucked in a breath and held it as his stomach flip-flopped once more, and then as they leveled out everything settled back into place and he dared to release his hold on the arms of his chair for a few moments.

Kem was at a loss for conversational topics however. He knew Aishe wasn't happy that her parents had - well, not lied, exactly, but perhaps... not been entirely honest? He also knew she was worried for her father. Lacking the proper words to use to comfort her, he just took her hand and held onto it.

Fairly soon Yuna entered the relatively spacious cabin of the plane. Kem had known her for years. She worked not just for Meridian in general, but for Evenhet in particular. She was the familiar to one of the fleet's pilots and had been for a very long time. She also had an exceptional memory, he noticed. He hadn't flown in almost three years, since his last trip to Egypt, and yet she had brought with her a mug of green tea.

Kem released Aishe's hand to wrap both of his around the mug while Aishe asked for a cup of hot chocolate. The attendant disppeared with a smile and a wink at Kem.

Aishe quirked an eyebrow up at Yuna, then looked at him. "Does she know you?"

Kem`Raaisu 12 years ago
Considering Aishe's question, Kem pondered the various ways to answer that might make his seem less... freakish.

Nothing came to mind.

"It's not a huge fleet," he said. "Yuna and I have met before when I've had to travel. Uh... mostly on my first plane flight ever. I broke the arm off the chair."

He tried to ignore he fact that he was turning red with the memory. "Unintentionally, you see."

He glanced down at his hands, fixed firmly around the mug. "She was really nice about it, at any rate. Told me mugs were cheaper to replace than chairs."

He offered Aishe a wry smile.

Aishe 12 years ago
Aishe couldn't hide a grin at Kem's story. "I would have thought you'd learned your lesson," she said, "and yet you still went climbing up a pyramid with me in the middle of the night. Illegally!"

Yuna returned with Aishe's drink in time to hear the end of that anecdote, and informed Aishe cheekily that Kem had gotten much better about heights since his first flight. The two women shared a knowing smile as Yuna went back up to the cockpit of the plane, presumably to offer the same to the pilot and co-pilot.

Aishe turned to Kem and poked gently at his hands, watching to see if there was any blood-flow at all to them. Kem poked back, a crooked smile on his lips. That started several hours' worth of mingled debate and poking, and by the time they landed in London Aishe realized that whether by design or accident (she imagined it was a little of both), Kem had managed to keep her from fretting for at least the first half of the flight.

While they waited for their plane to refuel, she realized she was happy to have him there. She'd worried about him flying and of course she worried about them both having to dodge the sunlight and make excuses to her parents, but Kem had far more experience in those two things than she did. In fact, having him along helped her. Her parents had always known he worked nights, but for Aishe that was a new thing. They would be far more inclined to believe she was conforming to his schedule with him there than if he'd remained in Nachton.

That left her with her father's health to worry about, and she was down-to-earth enough to realize she could do little about that state here and now. What she was, she thought, was fortunate. Since they'd met she'd worried and watched out for Kem. She hadn't realized until now that he worried and watched out for her, too. His way was much more subtle - it was apparent in their day-today lives, if she examined them just a bit closer. Aishe was the proactive one, facing problems head-on and confronting them as they arose. Kem was the long-term planner, seeing problems coming long before they arrived and having already set up dozens of smaller counter-measures. As much as she wished she could be more like him, she also realized they made a good balance for each other.

Kem seemed to think she was the stronger of the two of them. Aishe was starting to know better, if she hadn't already suspected.

((ooc: Kem and Aishe gone from Nachton for a little while!))