Nachton Point Breeze Marina / Bored? Not so much now... / Nicholae 13 years ago

So maybe riding a motorcycle at top speed in the middle of summer without a helmet wasn't always the best idea. For whatever reason Nic rarely had collisions with insects, but tonight was proving to be making up for all those times he'd escaped physical confrontations, and he was really getting irritated.

Being close to the marina, he pulled his bike into the parking lot, availed himself of the public restrooms, and wiped clean the road debris. Since his ride a few nights back had been cut a bit short, tonight seemed as good as any to make up those lost hours. Until he found a better way to waste his evenings, bike riding seemed to be the best choice.

The resort was doing hand over fist business, and he couldn't be happier after the long struggle he'd had finding properties, and getting everything built. But even supervising the works there, he was only able to kill four out of seven nights. The longer the place ran, as long as it continued to run as smoothly as it had been, he figured he might cut the four back to three nights a week. And though he wasn't a work horse by any stretch of the imagination, he hated being bored even more.

Plus...he needed to get laid! Ugh, it had been forever...like two months at least...possibly three, which just wouldn't do. Ever since Livia left he had been trying to restrain himself, and curtail his 'mimbo' ways, and honestly had been doing rather well, or so he figured Kem might think had he known. Yet there wa only so much a healthy male could tolerate, and tonight Nic felt on the verge of doing something drastic if he couldn't find some way to release his pent up male hormones.

The bike ride had been an attempt, but after the last ride he didn't seriously expect it would work...and it hadn't.

The soft sound of the waves, and the smell of salt on the breeze drew Nic's mind beyond the marina center. As he looked out over the docks, and boats, seeing flashes of moonlight on the rolling waters in between, he started walking in that direction. 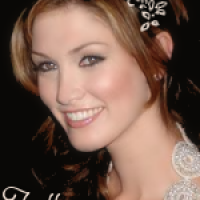 Fallon burst out when she noticed a man standing directly in front of her, where she could have sworn only seconds ago she had been alone.

Noticing the man start as well, Fallon giggled, and realized she must have blended into the dock unconsciously, as she stood there so deep in thought.

"I was doing it again, wasn't I...sort of blending into the woodwork, as they say. I apologize...when I have a lot on my mind I tend to do that. My husband says sometimes he swears I don't even breath."

Averting her eyes, from the piercing blue ones, Fallon knew she was saying too much, and needed to just stop.

It wasn't like her to be quite so scatterbrained...a little, sure, that was how she had often been, but for the most part she was a bright and intelligent woman, and though given to some bouts of forgetfulness, doubted anyone would call her flighty. It was only since she had turned her first, and hopefully last, 'victim', that she had become so self absorbed. It was a weighty matter to now be so responsible for another's life, in a manner of speaking, and required a lot of consideration on her part. Even in marriage there was a more equitable relationship...well, in her current marriage anyway.

Looking back up into the eyes of the man before her, Fallon knew for sure she was seeing lust, and it took her aback. As if the idea was completely foreign to her, Fallon then took a half step back in surprise. 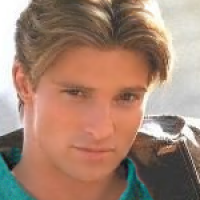 "No, no, it's I who should apologize. I must be under some wicked spell to not have seen you right there. You know a pretty waif such as yourself shouldn't be out here so late all alone."

Especially when there are hungry wolves around such as me, he mused. And bespelled he thought he surely must be still amazed he hadn't seen such an enticing creature as he had approached her. The idea that something was amiss was overlooked just as her comment about being married had been.

"You come here often?" He said, seriously, then laughing loudly as it dawned on him that he had just offered up one of the world's worst pick up lines.

"Sorry...I really didn't mean it that way." Though that wasn't completely true either...since in the long run seduction was his intent.

Fallon 13 years ago
Fallon laughed too, in spite of her desire to remain aloof, and not get involved in anything tonight. Thankfully she had fed before she took to the road, and thankfully once she had reached the marina she had shifted from the cat form taken on earlier. There would be no reason for anything to happen to this man, or anyone else, as it did just a very few nights ago.

Smiling at the young man, Fallon did feel pangs of unrest, and loneliness surround her. She swore if Cyrus didn't come home soon she would get on a plane and track him down, no matter what the cost in time or money. She was a married woman, damnit, and she wanted her husband!

Fortunately the fact that she had been attacked her upon her arrival in Nachton no longer posed any problems. Having grown so much stronger at Cyrus' side, the fact that Panos had found her here, and abducted her was just a faint memory of something horrid that turned into something beautiful. Very little scared her anymore, and a place as lovely as this was certainly not one of those things.

"My husband and I have a house and some property not far, it doesn't quite extend to the shore though. Consequently I find when I need a walk I usually wind up here or down along the beach."

Odd that she had mentioned being married twice now, when that wasn't something she normally focused on around strangers. Yet perhaps that was why she was doing so now, after what happened the last time she ran into a stranger.

The man was still staring at her, and grinning in a rather seductive way, which both excited Fallon, and set her on edge. Had she been smarter, she would have bid him good bye then and there, and gone directly home. Instead she grinned back, and let her eyes drink in his gorgeous smile, eyes, lips, and as much of his body as she could see without being too obvious.

"How about you? I don't suppose you have a boat moored here?"

Nicholae 13 years ago
"I take it you're married then?"

But the new and improved Nic was having second thoughts. Then third thoughts trumped the second thoughts, and he rationalized if this woman was so happy with her husband, there was no issue, or risk of anything less than savory happening. And if it did, then it wasn't really on Nic's head, now was it?

Fourth thoughts trumped third thoughts when it was revealed that husband was not in town...and how many times had he heard that story? Looking into her eyes, Nic could see the woman was being honest. Not only did he see a hunger, much like what he felt, but he also saw something he could only describe as pain.

Anyone who missed someone else as much as she appeared to, should do whatever they needed to rectify that problem. At least that was something he had to believe he would do.

But damn that thought did nothing to lessen the pain of his own, that was growing steadly the longer he stood and talked to the woman.

He took her hand in his and raised it to his lips where he brushed the lightest of kisses across her knuckles.

Fallon 13 years ago
It wasn't like it hadn't already occurred to Fallon to go after Cyrus, but he had been adamant in the fact that there was nothing she could do, and it would be too dangerous for her to follow. To top that off, she now had responsibilities and couldn't just up and leave for any length of time...Heolfor depended on her.

"I would love to see him, but there just isn't any way I can do that right now. Its too dangerous where he is, and too many people depend on me here."

But soon Cyrus would be home, and be reunited with Fallon, and life would return to the bliss it had been before he had left.

"Fallon Tier...Arslantai...Fallon Arslantai. I've been married over a year now, you'd think I'd have that name thing down pat by now."

Grinning in a slightly disgusted way, Fallon shook her head at her silliness.

That Nic had no boat was mildly disappointing, but that he had a motorcycle almost made up for it. She had never ridden a motorcycle before, and was excited at the prospect.

"Oh really? I've never been on a motorcycle before...that is what you meant, right...bike...cycle?"

Hopefully it was a motorcycle because she had no desire to sit on the handlebars of some ten-speed. She was dressed in jeans, and a soft green baby doll shirt over tank top a darker shade of the same green. She would be comfortable on the back of a bike she imagined, though the flip-flops would need to be removed first.

It never occurred to her to worry about the safety issue. Though Nic didn't know it, there was little that would hurt Fallon beyond repair. In fact, that Nic bore no scars, or signs of injury reinforced the fact that he had to be a decent biker...Fallon imagined.

"I'd love to go for a ride, if you really don't mind the extra baggage."

Nicholae 13 years ago
No comment was made with reference to 'extra baggage'. Nic hadn't survived all the years he had without learning there were definitely some things you didn't remark on when it came to women. Now that he had become acquainted with Fallon, and decided her married state was still open for interpretation, he was thinking ahead to how he might take care of his problem, and knew he had to tread those waters carefully, or risk losing before the game began.

"It's just up this way, in the lot." He pointed,and turned in that direction. Scrambling to figure where he'd go, and where it might be the most conducive to the ends he sought, Nic figured he had two options...Liefde or his resort. Liefde was quickly discarded as being too public, and too Evenhet. No reason to involve others, or give MARI more food for her files on him. And the resort might just be impressive enough to Fallon to garner him more favors with her. Yes, the resort it was.

Leading her up the steps toward the lot, his bike was obvious as it was the only one in the lot. He handed the helmet to her, and straddled the seat, waiting for her to join him, turning on the engine at the same time. When he felt her slide on behind him, wrapping her deceptively strong arms around his waist, Nic leaned back slightly, and felt Fallon lean into him.

And they were then hell bent for the resort.

(Nic and Fallon out)