The great doors of the museum closed with a heavy thud behind him. The museum was just like any other in the middle of summer; the traffic was slow but there were people mingled about. Panos strutted forward towards the great stare case when he heard a subtle 'snuffing' nearby. Slowly he turned and locked eyes with the bigger of the two massive beasts that Chryseis was familiar with.

"Achillies I take it?"Â? Panos kneeled down in front of the mastiff.

"I'm looking for your master. Now where would she be?"Â? He reached out to pet the dog on it's gigantic head and it emitted a low growl. Retracting his hand swiftly he stood erect. 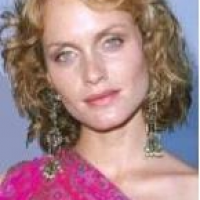 Chryseis Angelique 13 years ago
Reclined in the boxed seat of the bay window in her office Chryseis stared out the window overlooking the smart decorative gardens. Her delicate shockingly pale hand rested upon one of her beloved dogs head. She had two of them, these large English Mastiff’s; Birseis the always loving and slightly more sensitive one and Achilles the protective and aggressive one. She loved them both and they were her one and only true joys.

It was Achilles who lay asleep by the door whose head darted up with a twist.

“What is it?” Chryseis asked the beast with a lazy look in his direction.

She was given images of familiar things from him and he stood and whined. Something or someone was here that he recognized but didn’t remember all that well. It had been awhile since he had smelled this scent.

Achilles deftly (for his size) nudged the door open and left the room. It wasn’t long before the new images were sent.

“I’ll give you old!” she said with a burst of energy as she stood. Birseis raised her head and then her body, following her master as Chryseis walked out the open door.

It was true, Achilles had not been mistaken, and it was someone almost as old as she was. Another vampire, of course Achilles could not have known that but she did. She knew the man whose back was facing her was a vampire because she was his aunt.

“Apparently, he does not want to be touched by you. I don’t blame him; I hear a lot of girls feel the same way when it comes to you.”

She saw his shoulders straighten out in a hurry as if she surprised him.

“Should start using that perception a little more nephew. I see that you have arisen from the dead. What brings you here? Some sort of trouble I suppose?

Panos Mehalitsenos 13 years ago
Her voice startled him and he unexpectedly reflected that with his posture. Had he been paying more attention to his surroundings he would have heard her approach on the tiled marble floors. But then again, Chryseis could move like a ghost when she wanted. He turned and faced her.

“My dear aunt how good to see you. No it is not trouble that brings me here; I just have missed you so much I needed your company.”

Chryseis snorted and looked unconvinced. He decided to get down to business and screw formalities.

“Do you know where I’ve been?

Chryseis Angelique 13 years ago
Her eyebrow raised and she tilted her head.

“Do I know where you’ve been? How on earth could I know such a thing? It was a question I thought to ask you myself.”

He didn’t look like he was being an ass and trying to be funny. Panos had been gone so long that she had thought he was dead. He hadn’t answered any of her tries at calling to him.

“I though perhaps you had gotten yourself exterminated.”

Chryseis Angelique 13 years ago
"No obviously I haven't died. I've just been....missing, asleep, in a coma. I really don't know or know how to explain it."

He didn't want to sound like a sap but he had questions that he needed answered that may be able to help him.[/]
"Did you try to find me? Speak to me?"

[I]He was refering to their bonding. usually if he was in trouble he'd subconciously call out to her. The last thing he remembered was some kind of fight, why hadn't he called to her then when he was going down if that was what had happened?

Panos Mehalitsenos 13 years ago
"No obviously I haven't died. I've just been....missing, asleep, in a coma. I really don't know or know how to explain it."

He didn't want to sound like a sap but he had questions that he needed answered that may be able to help him.
"Did you try to find me? Speak to me?"

He was refering to their bonding. usually if he was in trouble he'd subconciously call out to her. The last thing he remembered was some kind of fight, why hadn't he called to her then when he was going down if that was what had happened?

Chryseis Angelique 13 years ago
It wasn't often she'd like to admit that she had any feelings for anyone other than discomtempt, but in this case she had worried about her nephew. Yes, technically he had stalked her managed to kidnap her and then ultimately bonded himself to her unwillingly, but he was her only family left in this world. The only family and the spitting image of her brother. How could she not have cared?

"I imagine that I did look for you. You never tried to reach me. I think the last time we had spoken it was a argument over your silly little daughter who you fume with jealousy over when you see that male cat that plays protector over her."

Panos faced darkened and he interupted her sharply.

Panos Mehalitsenos 13 years ago
"Can we not do this now? Can we not banter back and forth for once, playing an endless game of torture and tag? I really don't know what's happened and I'm willing to try and shrug it off and perhaps move ahead but I'm trying to piece some things together so that if by chance I'm in some crazy kind of trouble down the line my missing memory wont bite me in the butt."

His anger got the best of him and any ideals of being nice just to get his aunt to talk flew out the door.

"What do you know?" He demanded.

Chryseis Angelique 13 years ago
She narrowed her eyes. He really wasn't kidding around. Nor was he in the mood to be played with.

Sighing inwardly she lowered her crossed arms to her side.

"I did look for you. I went to my home in the woods that you had been living in and you weren't there. It was a mess, not a burglary mess but still in a bit of disarray. I figured you weren't the tidy type and I cleaned it up. That was about three months after you had been gone. There was dust everywhere as if you hadn't been there in ages. Achilles did not like it in there and Birseis wouldn't leave your room. I tried to use our connection to reach you but you wouldn't answer. It was just a blank nothingness. How are you here now?"

Panos Mehalitsenos 13 years ago
He shook his head. She didn't know anymore than he did.

"I don't know. I woke up in an apartment downtown alone. I wasn't hungry, and i wasn't dirty. There was clothing in the closets that only fit me and bottles of untouched water in the fridge. No food, no garbage no evidence of life outside of me. I got the hell out of there as fast as I could. The strangest thing is Chrys, is that from the moment I woke up I felt like I was being watched. I don't think anyone was in there, or I would have sensed them or found them at least. I did look. At least we both don't know."

Chryseis Angelique 13 years ago
Her lip curled up when he called her Chrys. His stupid nicknames that he gave her always irritated her. This time though she was sure he hadn't said it to push her buttons, rather it was said as a term of endearment. Still she hated it just the same.

"That's strange to hear. I'm sure you've racked your head tryin to find what you remember last. It is a shame to lose time like that. I'm sure tall dark and sexy isn't pleased?"

She wasn't trying to to pick on him with her question. She truley couldn't remember the name of the arm candy he wore last.

Panos Mehalitsenos 13 years ago
For a minute there Chryseis had sounded like a real person. She had looked for him and tried to reach him with their connection to no avail. She almost sounded like she cared, that was until she spoke again. Chryseis was remarkable in her ability to be an emotionless ice princess. Similar to one her precious marble statues that she had displayed in the museum.

"I have not seen Alexandra yet. I haven't seen anyone, except some guy I ran into at the coffee house who gave me a ride here. Other than that, you’re the first person I've come looking for."

Chryseis Angelique 13 years ago
She blinked and stared at him briefly.

"Well, the museum still stands. I am here most of my days so I can't tell you much of what goes on elsewhere. From what I hear Fallon has taken more responsibilities within Heolfor Manor these days. Her tomcat I think went somewhere. I don't pay much attention to the gossip of the house that doesn't deal directly with responsibilities of The Rose."Â?

She realized he had no idea what The Rose was but she didn't explain.

Panos Mehalitsenos 13 years ago
"What am I going to do now? Well for starters I'm gonna go out to a club have something to drink even though I'm not hungry and crowd watch. Maybe I'll run into some people. That's about all I got planned."

"I don't have the energy right now to try and figure out what happened to me. Maybe if i ignore it for long enough the reason I was gone will come to me. Anyways, up for a midevening snack?"

Chryseis Angelique 13 years ago
The small whine from Achilles acompanied by mental images told Chryseis the dogs did not want her to go anywhere with Panos. She looked down and patted Achilles head.

"I will be safe my pets. I am not concerned with his motives." she whispered with her mind in images they could understand.

I suposse I could get out of this place for once. Where will we be headed?"

Panos Mehalitsenos 13 years ago
He noticed the dogs discomfort and he rolled his eyes. Stupid dogs.

"We'll start with babylon and see what turns up. Oh and for the record, I am not and have never been jealous of your clan mates. That's all I'm saying."

Chryseis Angelique 13 years ago
Chryseis locked up her office and turned back to Panos with a smirk.