Park and Nature Preserve / a deep moment / Pual 13 years ago

Pual was restless. Steve had left, after shaking up Pual with the revelations that Nikki was possibly crazy and that Steve had finally found a girl. The Marine needed to relax, and a park seemed to be a good place to do just that. He walked along a creek, finally locating a nice bench under a tree. He sat down, stareing into the slow, peacful water. His mind raced, trying to come up with something to calm him. A bird chirped, and a cricket chattered. Pual's experienced ears pinpionted the noises, then he was back into his own little bubble of dispair and confusion. If he had had his gun he would have cleaned it, a task he found to be therapudic. Unfortunatly, the weapon was locked away in the glove compartment of his Humvee, and anyway, he didn't have his cleaning rod. He would have to get one of those tactical kits Steve favored. Pual leaned back, eyes on the creek but not really seeing it. His thoughts turned to the last mission he had run, four years ago. Until he got that incedent sorted out in his mind, he was on leave. And with the memory of his men dying, his own body being thrown, and of Steve saving his ass, there was little chance of his getting back into active duty. This thought made his heart sink. Well, at least he had a chance to help the boys overseas with his weapons research. He put his hands behind his head.

Nikki 13 years ago
Nikki walked down the path, looking at the trees. This was a beutiful place, and it seemed to be the kind of place where one could unwind from a pain-in-the-ass day. She contiued on, walking along the bank of a lazy creek, and noticed a man sitting on a bench. She though nothing of him, until she recognized his face. She walked over to him, and sat down next to her, giving him her best smile. 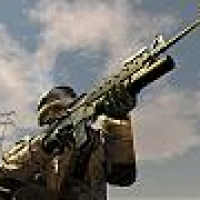 Pual 13 years ago
A pleasantly familiar voice met Pual's ears, and he looked around. There, sitting next to him, was a young woman with dark hair, a pretty face, and a smile that made him weak in the knees. He held out his arms for a hug, and Nikki Rowland obliged him. "Hello, Nikki," Pual said, embracing his best friend's sister.

Nikki 13 years ago
Nikki leaned over and hugged Pual, then sat back on the bench. She remembered the last time she had seen him: he had been lying wounded and dying in the back of her chopper, the last survivor of his platoon. She had been court marshaled for her actions in getting him to the hospitol, but her manuvers had gotten him there in thime to save his life. She grinned at him, ignoring the memories that burned in her head. "It's good to see you," she said. "You seeing anyone yet.?" Nikki had always asked Pual and Steve if they were dating, something that had many a time irritated Steve to the point of complaining loudly.

Pual 13 years ago
Pual grinned, laughing at her predictable ways. "No, pest. Although you will be glad to hear that Steve has found a lady. You didn't hear from me, but some girl named Trin seems to have captured Steve's elusive heart to the point of him giving her his dogtags. Saw him this evening. He just left, got a call from an 'ex-boss,' then up and left. Rented a truck, and packed his gear, then left. Oh, and he wrote a note to this Trin girl." Pual felt guilty about ratting Steve out, but it was the only way to make Nikki happy, and, although Steve had hospitalized and eventually killed the last of his sister's lover wannabes who had crossed him, he knew that Steve would have no problem with Pual and Nikki. All Pual needed was to get Nikki to like him. She was like a sister to him, but Pual wanted more. He wanted to be her everything, and for her to love him like he loved her. He felt that she would, since his intentions were different. The man Steve had killed had wanted Nikki for himself, not to make her happy. Pual wanted everything for her: happiness, money, whatever she wanted. Right now all he cared about was getting over his fears, and the hurts that had been dealt him in the past. Time was ripe to ask her the question that had burnt on him tounge since he had first met her, almost twenty years ago. He took a deep breath, but before he could say anything, his throat caught, and he stopped in mid-sentence. Damn.

Nikki 13 years ago
Nikki started at the fact that Steve was seeing someone. Not that it was any of her business, but she still wanted to make sure that this Trin wasn't bad news. She noticed that Pual tried to say something, and somehow she knew what the Marine wanted, because it was the same thing that she wanted. She took his hands in hers, and smiled at him. "Pual, don't. I know what you're gonna say, and I think we should. Forget the rules, forget ediquet. Just be the way you are, and I'll do the same, and if we grow together, then so be it. Just don't do the whole scared little boy thing. I don't want you to do that. So, how about we go have lunch, and begin what will most likely end up with us happy with our lives. Deal?" She gave him a coy look, and smiled. That face could make even the toughest soldier melt. It had, with Steve. Pual would be no match.

Pual 13 years ago
Pual grinned, melting before Nikki's sugary manner. He got up, stretched, then held out his hand to Nikki. "Sounds good to me. You have a place in mind?" With that, his troubles seemed to stay behind, still on the bench he had just vacated. His only concern was what Steve would think of Nikki and Pual dating. After all, this was his sister, and that flyboy cared a great deal for the beautiful woman walking next to the tall Marine.

Nikki 13 years ago
Nikki smiled and took Pual's hand, and, as they walked back to his Humvee, she grinned at the thought of what her brother would think of their new relationship. But, to be honest, Steve could go and suck a tree for all she cared. Her brother might be protective, but he wasn't reall in charge of her life. Only she was.