Loretta browsed idly through the papers on her desk, finding she was quite unable to concentrate on her task in spite of her desire to completely ignore her visitor. She knew her hostility was on the irrational side, though she refused to admit that it was entirely unfounded and that knowledge did nothing to calm her nerves.

Finally giving up on her ill acted ruse, she shoved the papers irritably aside and looked up at the Jiro. The height disadvantage was displeasing and she stood, though she made as if she were merely getting up to get a book.

Her tone could be described as unforgiving, though it was uncertain just what, exactly, it was she refused to forgive.

Thanos 15 years ago
Predictable, Thanos reflected, was not an adjective typically used to describe Loretta, but after working with the Savia for this many years, he had come to learn her patterns in his quiet, observant way. And with that understanding came a sort of a loose script for what to do when she was…

Rule number one: Never interrupt Etta in the midst of fuming. Not to ask what was wrong, not to exclaim that she was being unreasonable…not even to deliver good news. Speak when spoken to, don’t make direct eye contact, avoid wearing red…

He wished, in some ways, that they could simply have a normal conversation. Sometimes she could be downright pleasant but as often as not she would get a certain look of realization on her face, some awakening to the fact that it was –him- she was dealing with, and then, lord, you could practically smell the antagonism. Well, wishes, horses, all that crap.

At the mental mention of horses his mind began playing that famous and much covered Rolling Stones song, and his calloused fingers itched for his guitar. Perhaps he could just say goodbye, slip out…but no, she would be annoyed if he ignored her invitation, and she was already pissed, presumably because he was leaving at a bad time. Well, it was her fault he was leaving so he didn’t see how she had any call to be angry…but then, Loretta never needed an excuse.

“Not until late; I’m taking the red eye to Phoenix and then one of ours will get me to Provo. I should be able to make it to dinner tonight…that’s all I wanted to tell you, Savia.”

Provo, Utah. Mormon Country. To his surprise, though, it was also meth lab central. This trip would have, if nothing else, some interesting politics. The Latter Day Saints were displeased, and it didn’t serve to lose such valuable contacts. Their genealogical records were unsurpassed and their information network was phenomenal, if not quite as reliable as the Highway.

If she could have at least conceded that she had badly mishandled their Mormon contact, that would have been something, but Loretta was arrogant as always and he knew he would never get the satisfaction of an admission from her. No, it was ‘Jiro, fix this at once. And see about the meth operation while you’re there.’ He knew the argument that the meth ops were in Provo and the Temple was in Salt Lake City would be pointless, but that minor problem had taken care of itself. The…Bishop, if he recalled correctly…was willing to meet him at the Y in Provo. Weird place to meet, he thought, but then what did he care as long as everything was worked out? 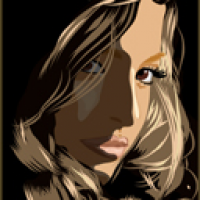 Loretta Emiliano 15 years ago
Poor Thanos, off to the middle of nowhere to meet with some religious fanatic or other. What strange bedfellows one made in the pursuit of a dream. Still, fanaticism was something she understood all too well. It could easily be mistaken, after all, for her own driven sense of being.

Her lip curled up at the mention of dinner. Had Tobi gone over her head and invited the Jiro herself? What did that mean?

The Jiro was clearly spending time with Tobi. Her son, who would succeed Vaughn as Alpha one day. Just how ambitious was Thanos? Was he hoping for more leverage with her? With the future Sarkis? Both?

Or perhaps Octavia had extended the invitation. Impudent girl, that was so like her! And she was already quite certain that Thanos had turned the child against her.

Loretta was not pleased.

“I suppose my –children-,” she practically spat “will be happy to see you there.”

Violently sitting back down behind her desk, she turned to one side to open a drawer and pull out a folder, not caring which task she was setting herself up to do.

“Will there be anything else?”

Thanos 15 years ago
-God- that woman was a piece of work. She had some nerve getting all righteous and defensive over her children, considering she’d spoiled one into uselessness and left the other to sink or swim when she wasn’t deliberately antagonizing her.

In any case, hadn’t she invited him in the first place? Tobi certainly wouldn’t invite him just because; while they weren’t openly hostile they also weren’t particularly close. Perhaps Tavi had put him up to it? Or maybe this was all some sort of prank.

“No, that was all. If you would prefer I not come…”

He left that hanging, hoping she would fill in the blanks for him on this one.

Loretta Emiliano 15 years ago
Loretta sighed and opened the folder, skimming over it for a moment before looking up at Thanos again. Some of the anger had gone out of her at his offer not to come; not all, but some.

“Obviously you are welcome at our campfire. Now go.”

Thanos turned to do just as Loretta asked when something on the corner of her desk caught her eye. It was a sprig of something, with broad fern like leaves and little yellow flowers. He picked it up and turned it around with his fingers. In spite of himself, he smiled a little, and looked over at the Savia with a questioning expression.

Loretta Emiliano 15 years ago
Loretta did her best to ignore the fact that Thanos was still in the room, thinking that any moment now he would come to his senses and realize she’d just given him an order. Finally, though, when she felt his eyes burning into her, she looked up, scowling a little, to see him looking back at her with a smirk.

“Mimosa. Surely you’ve seen it before.”

She came off sounding haughty and perhaps a little resentful, though this time she hadn’t intended to; that was just her natural temperament at play.

Thanos 15 years ago
Still holding the sprig, Thanos nodded his head solemnly, as though she had politely offered up some of her wisdom rather than arrogantly telling him off for not knowing in the first place.

With that, he turned around, sticking the flowers in his breast pocket as he walked away.

Loretta Emiliano 15 years ago
The nerve of him! Loretta glared at the closing door for a long moment, thinking of all the things she’d love to do to that insolent –Nothos- Jiro. Realizing after a moment that she simply could not concentrate on her work, she put away the barely read folder in disgust and stood up, thinking she would go and prepare for this ‘family’ dinner.