A call to Hunt

The night air was crisp and clean with the smell of the ripening fruit trees and the promise of autumn. The long nights of winter were ahead them. The time of her kind had come around again. She turned her face to the wind and let it play through the long strands of her loose hair. There was no blindfold tonight as this was not an evening of hunting for her. The red silk kimono sleeves fluttered in the breeze; the pattern was of delicate pink and ivory orchids that seemed to grow along the hem and lower part of the fabric.

Mai stood on the cathedral steps and waited for the two would be huntsmen to appear. She did not doubt either's ability to complete the task that she was about to set for them but she would be interested to see the outcome, none the less.

Closing her eyes, she smiled into the wind's gentle but insistent touch and waited. 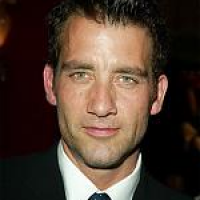 Alex West 15 years ago
Alexander shut down his computer, and smiled in satisfaction as the screen silently flickered off into darkness. Mergers and acquisitions, buyouts and stock speculations. The world of economics was one of the few luxuries he permitted himself to have. It was a high-risk form of gambling that he excelled at and tonight had been exceptionally lucrative.

There would be time to reflect tonight’s activities later. Alexander had an engagement to attend in an hour and he wanted to ensure that he arrived at least five minutes early. Keeping the Elder of the Hunt waiting wouldn’t endear him to her at all.

The suit had been tailored by French fashion designer Agnès B, a simple, yet stylish cut of black that had been made popular in the Quentin Tarrantino film Reservoir Dogs. Alexander had three such suits and they were appropriate for business - of one kind or another. He carefully adjusted the black tie and pressed the silver tie clip into the folds of his white silk shirt.

Slipping on a pair of black leather Gucci shoes, Alexander stood in front of the mirror and studied himself with a critical eye. He was almost tempted to put on a pair of black wraparound shades to complete the look. But hiding his eyes from the Elder of the Hunt wasn’t a particularly wise thing to do.

Alexander slowly combed back his hair, using Anton’s Bay Rum, a Barber Shop standard hair lubricant for many decades. He then applied a small dose of Issey Miyake to his neck, a delightful fragrance for discerning gentlemen of taste. Not as garishly obvious as Boss nor as commercially appealing as Cool Water.

The silver cuff links were applied last, and with great care. Everything in its right place, its right order.

He had been given instructions to meet the Elder of the Hunt at the Cathedral and Alexander made certain that he arrived at the entrance five minutes prior to the arranged time.He was not surprised that the Elder of the Hunt was already there, looking resplendent in a delicately embroidered red kimono that made Alexander’s heart skip a beat for a second.

A slight breeze gently caressed tresses of long raven hair, and the two snow white eyes seemed to glow like tiny moons as the Elder of the Hunt gazed impassively at Alexander. An exotic angel in crimson, Alexander thought.

Alexander bowed low, with reverence and slight awe at the Elder’s presence before him.

“Your servant, honoured Elder of the Hunt.” 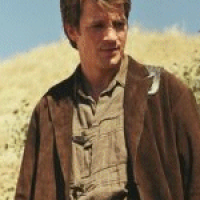 Ambrose 15 years ago
He swore he'd go down swinging this time. So he had to show up. Ambrose did allow himself a moment of hesitation, of wishing he could get the hell out of it followed by the obligatory 'What the fuck was I thinking!' However, he managed to pull it together and head for the Cathedral. Maybe he'd feel better about all this if he'd had a chance to talk to Belle, damned she was a stuborn woman and was apparently still put out with him. It only half crossed his mind maybe he should look for her and apologize, not the other way around.

This wasn't the time or the place to try and figured out his relationship though so he shelved those thoughts for later consideration. They were gone by the time he found Mai and some other guy. Probably Hunt as well, figures he'd need to be supervised on his first time out. But as logical as it was he still found it irritating.

He didn't get the chance to form much of an oppinion of him before standing a polite distance from the Elder. He bows slighly, more a token gesture than any thing, not for lack of respect but for lack of skill and practice.

No he was -not- going to turn and stare at the other guy. He wasn't really. Okay yes he was, not stare but assess and he did it discreetly, at least he thought so. 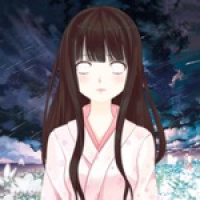 Mai 15 years ago
Mai inclined her head to each of them in greeting and walked down the steps. Pulling a small flip notebook from her pocket, she held it out to Ambrose.

With her other hand, Mai pulled out a small scroll and handed it to Alex.

“When you get to the second location. Unroll this and present it at the door.”

Bowing her head, she observed them both for a moment, finally she said.

“Do either of you have doubts?”

((OOC: It is a simple small spiral bound red flip notebook and the scroll is parchment on thin black lacquered wooden rods that are a little over 15 centimeters high ))

Alex West 15 years ago
Alexander carefully slipped the sealed scroll inside the folds of his jacket coat.

He was to work under the command of the other Anantya to fulfill the will of the Elder of the Hunt.

So be it, Alexander thought to himself.

Alexander wondered if the 'mark' would go willingly. There would be time to discuss the details of the assignment after he had introduced himself to the other Ananyta.

Alexander bowed low before the Elder of the Hunt. "No doubts, honoured Elder. It shall be as you command."

Ambrose 15 years ago
He accepted the note book with one hand and then let his cane rest against his leg so he could open it, skim it. If he was going to have questions he wanted to have them now, not come back looking like an idiot or a failure. After thinking about it for a second he slid the notebook into the pocket of his jeans.

It seemed simple enough, but it wouldn't be much of a test if there was nothing to it. And then there was who ever this guy was, Ambrose wasn't sure if this was a partner or a supervisor. It would get worked out.

Doubts? Of course he had doubts and she had to know that, but he also wasn't going to admit to them.

Mai 15 years ago
Mai waited for the answers to her question; there were no doubts that were voiced. She would see if that changed once they returned at the end of the mission. The Order of the Hunt had many duties; they were the keepers, the catchers and the punishers. This mission might prove to make use of all those titles.

“Then I will let you get started.”

She bowed to the pair in front of her before turning away.


((OOC: Mai out, both of you will be PM'd. You may start the next thread. My suggestion would be in The Strip. ))

Ambrose 15 years ago
Nodding to the elder of The Hunt as she left, Ambrose immediately found he had several questions. But it was too late and he figured he could figure most of them out on his own.

Once Mai was gone he gave the other guy a good solid look. Son of a bitch was far too slick. Maybe it was a good look for him, maybe it got things done but it rubbed Ambrose the wrong way. However, since this was his first time out with the Hunt it wouldn't do to start trouble.

It wasn't quite a growl, more terse than anything, but nothing that could be mistaken for chipper.

Cane in hand he started off at a fair clip, details could be discussed as they drove.