Xeph looks up from his desk, brows raised curiously. He hastily puts down his text; there's a good chance there was a comic book hidden within it... it's a fair certainty that the thick book wasn't meant to be read upside down.

The Kadzait alpha tilts his head with interest as he listens, then swings his long legs up onto his desk and airily observes his toes.

"So... you've spent three months with us and you want to be Gifted?" Xeph's broad Australian drawl always manages to sound somewhat amused.

"Well... as long as everything's been explained to you. It's your choice. No one's about to force it on you."

The amiable alpha gives you his best wolfish grin and lifts his shoulders some. "Let me make sure you've got it straight, just to be sure."

Keeping his feet up on the desk he ticks each point off on his fingers. "First, whoever Gifts you must be someone with enough control over their change to be able to turn at will outside of the full moon. It takes discipline and focus to be able to do this, and if they're able, then they have what it takes to Gift a new Kadzait.

"Secondly, your Aipa will be directly responsible for you for the next year. Anything you do wrong, comes out of both your hides. Every move you make, everyone you see, even what you do during the full moon, you're both together on that. Hopefully even after that year, your mentor will continue to teach you and be family to you, but that's not always the case. Just remember, your Aipa has put their faith in you. For your first year each and every one of your actions is seen as their action. If you do anything to remove yourself from the Pack, they'll be exiled as well. Think about that, and make sure you understand what it means to be Kadzait before you accept such a Gift.

"Thirdly, you will bear the mark of your Gifter always. The mark we leave when we Gift a human remains as a scar, and every one of us has a particular place and style of scar we leave when Gifting someone. This enables us to tell who your Aipa is. For example, when I Gift a human, which has only ever happened three times in my lifetime, I mark them with my front teeth on the left wrist. My father, however, marks on the right bicep with his back teeth." Xeph rolls up his sleeve and reveals a scar pattern on his own right bicep, white against his tan skin.

"Remember, these are the rules because I have a Pack to keep safe. I want it to grow and flourish, but I won't sacrifice loyalty and dedication just to gain numbers. Think before you make, or offer, this choice. If there's any doubt that you have what it takes to be a full Pack member, you should stew on it some more."

Xeph opens his upside down text again and appears to be engrossed, but his sharp, mismatched eyes flicker back over the desk again.

"This is a life decision. There's no going back. You had better be certain it's the right way to go. There's a reason we call it Gifting, after all." 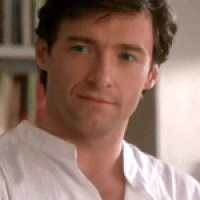 Xeph 13 years ago
((ooc: As an addendum and because some of us *cough, me* lacked the foresight to write that into the previous post, it should be noted that there is no specific age for Gifting in the Kadzait. Generally, children raised among the Kadzait will request it when they are ready, usually of their parents or guardians.

The parents, if they approve (which they generally do), will inform the Alpha of the Pack, and it is the Alpha's responsibility to determine which Pack member will Gift the miska.

There are variations on this throughout the Kadzait.

Those Illamar who decide to request Gifting must have the approval of their Alpha. They may have some more say in the matter of their Gifter or they may request the Alpha to find them a suitable match.

This is how Gifting works in a perfect world. We understand that no world, however, is perfect, no matter how hard we try.))