Wren woke to a harsh ringing in her ear. Groaning she reached up and picked up the offending source of the noise.

"Is this Wren?" Said a male voice. Her sleep fogged brain couldn't place it and she grunted in recognition of her name. "It's Paulie, did I wake you?"

"Yeah, but that's ok. What's up?" She was instantly awake and sitting up in bed, the blankets falling from her naked form, to reveal an arm that had slid down to rest on her lap. 'Arm? Oh right.'

"I have your purse and I was wondering if we could meet this morning so I can give it to you and get that album from you. I have a plane to catch in about three hours and I need it before I can get on the plane."

"Oh, yeah, sure. Give me thirty minutes to get there. Where should we meet?"

"There's an internet cafe on The Strip, take a taxi, I'll pay the fair."

"Ok. I'll be there in thirty." The phone went dead in her ear and she hung it up. She pushed Drev's arm off her lap, and started out of bed. Thinking twice, she leaned over and kissed him softly. He woke long enough for her to tell him where she was going. She kissed him again, this time with him responding, and got out of bed.

In the bathroom, she did her business, then ran a brush through her hair, which did nothing to tame it's "You fell asleep with it wet" craziness, so she pulled it into a quick french braid and went to her room to pull on low rise blue jeans, a black baby doll tee with an Aeropostle logo on it, black ankle boots, and grabbing her leather jacket and the album, was out the door. A taxi pulled to the curb at her wave and she gave her destination. She was about five minutes early.

not a problem as Paulie was there at the curb waiting for her. He leaned in and paid her fare, before opening her door for her.

"Thanks for meeting me on such short notice."

"I don't mind. It's for a good cause." She handed him the book, and he took her purse out of a black duffel in his hand. She took it and he took the album.

"Sure." She shivered in the cold March air as Paulie thumbed through her life as seen by someone else.

He chuckled and closed the book. "Right. Well that helps. This guy is gunna have professional stuff. Night scopes, the works. And by the looks of the care with which those pictures were made, it'll be high end stuff."

"Oh, alright. Well thanks for my purse."

"Yeah." Paulie turned and folded himself into a small black penis on wheels and peeled away from the curb. Sighing Wren entered the cafe. She was here and they had coffee and she wanted to do some job searches over the net and she didn't have her own computer at home yet, and Drev's laptop was still uncharted territory for her. In other words, she hadn't asked if she could use it.

The jumpy guy behind the counter gave her the creeps, as he offered her a deal on coffee and net time. She paid for three hours and her coffee and walked quickly away with a large vanilla latte in hand.


(Open to any one who wants to join her. The time is around ten AM just so we don't accidentally boil anyone.) 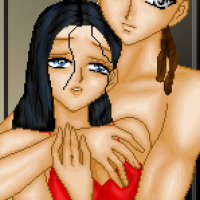 Wren 16 years ago
Her time was nearly up and she'd found absolutely nothing. That wasn't entirely true, she'd found a sight that offered an array of black plastic penises when she'd clicked the first result in a google search. She'd also found a lot of job offers in Nachton, just none that used her skillset. She was ready to just go walk along the Strip and apply at places with "Help Wanted" signs that looked interesting. Not today, she wasn't dressed for it.

She made sure her name wasn't left anywhere on the computer and pushed away from the little cubby. Maybe she could pay for more time and play web games or something. No she needed to get out of this place the burned plastic and old coffee smell was beginning to be too much. She stood, gathered her purse, and tossed her coffee cup in the trash.

She glanced down at her watch, 12:57, well she was hungry and wanted to get some shopping done. She gave jump guy a wave and headed out into the bustle of the Strip.